Offering your support to someone living with Alzheimer’s disease can prove to be both a rewarding and troubling experience. This disease typically makes people feel that they are heading towards the unknown. This text is intended to help you take one more step on the road to supportive care and attention.

Alzheimer’s disease does not consist only of forgetfulness, which is often a part of the normal process of aging. Rather, it is a neurological disease, in other words, it causes damage to the brain. 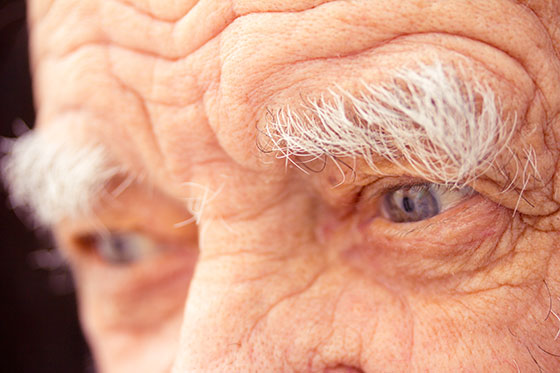 This damage manifests itself by a variety of symptoms which ultimately compromise an individual’s well-being, ability to function, and quality of life. Alzheimer’s disease generally affects the following aspects:

Living with Alzheimer's disease is a great challenge, but when a person is well supported, it is much easier to deal with. The progression of Alzheimer’s disease significantly varies from one person to another. One’s personality, personal history, health status, culture, beliefs, and social and family environments are a few examples of the factors that influence the course of things.

It can be difficult for family and friends to deal with this new reality. It is as though, progressively, we come to know the person less and less. This is quite ironic, considering that it is the person who has Alzheimer’s, who, with time and as the disease progresses, will eventually have trouble recognizing the people around him/her.

Family and friends: the most valuable resource

It is well-known that the physical, social, and family environment in which people affected by Alzheimer’s disease live in, greatly influences the progression and impact on the individual's quality of life. A positive environment can help a person better cope on a daily basis and to maintain his/her independence as long as possible.

If you are within the inner circle of someone living with Alzheimer’s disease, here are a few tips: