Drugs and alcohol: the bottom line

Who doesn't succumb to the temptation of a small glass of alcohol from time to time? For people who take drugs, caution may sometimes be necessary.

Alcohol and drugs: an imperfect match?

Drinking alcohol while taking drugs can have certain risks. The simplest way to avoid any unpleasantness of course, is to not drink any alcohol. However, it isn't always easy to give up the small pleasures of life. And, is it really necessary? This question warrants some attention.

Taking alcohol and drugs simultaneously does not necessarily mean "at the same time". In fact, a drug taken in the morning can interact with alcohol taken at night. Furthermore, the effects of a drug in the body can be influenced by alcohol taken the night before. The fact that several hours have passed between the time the two were taken does not guarantee that there won't be any interactions or potential effects.

Interactions between alcohol and drugs

The presence of alcohol and drugs in the body is not necessarily problematic, but it can sometimes be harmful. Alcohol can influence the effects of various drugs and, conversely, certain drugs can amplify the effects of alcohol.

Here are some examples of possible interactions:

Contrary to popular belief, not all drugs interact with alcohol. Alcohol can often be consumed without any problems. Concern about alcohol and drug interactions are often based on unfounded and preconceived notions.

Take, for example, antibiotics. Many people believe that taking alcohol hampers their effectiveness, which is false. However, it is true that the side effects of several antibiotics (nausea, stomach ache, diarrhea, etc.) may be added to those of alcohol, so caution is advised. Furthermore, for people who take the antibiotic metronidazole, alcohol use is strictly contraindicated due to the risk of serious side effects.

Several drugs acting on the brain and nervous system require caution concerning alcohol consumption. This can be explained by the risk of cumulative side effects. If a drug can cause drowsiness, dizziness or vision problems, combining it with alcohol increases the risk of experiencing these effects. Here are some examples of such drugs:

The anticoagulant warfarin is another significant example. Alcohol consumption can increase its anticoagulant effects, which increases the risk of bleeding. Taking high doses of acetaminophen and alcohol simultaneously, especially for an extended period, can cause liver damage. These situations require great caution.

Speak to your pharmacist if you have any questions about alcohol and drugs. 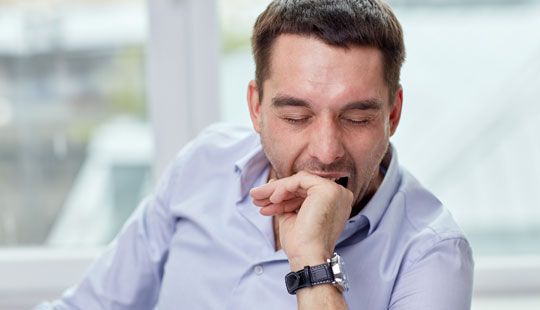