Men: how to get rid of unwanted hair?

Nose, ears, eyebrows: you want to keep hair growth under check in these three spots! Here are some sure-fire ways to do so.

REMOVE HAIR… BUT NOT TOO MUCH!

Facial hairs aren’t unuseful – on the contrary. While the hair in your ears filters sound and protects the ear canal from foreign substances, nose hairs form a protective barrier against odours, debris and dust. And eyebrows do a great job keeping sweat and dirt out of your eyes. So, you want to keep most of them! The goal of hair removal is simply to remove any excess.

The golden rule is to cut only the hairs protruding from your nostrils. Use gentle tools that trim the hairs without tearing them out (with so many nerve endings in your nose, you’ll want to avoid that!) :

Put the tweezers away. The ear is a complex organ: don’t use a sharp tool anywhere near your ear canal! Instead, get round-tip scissors and cut the hair near the entrance of the ear canal. Doing so isn’t merely cosmetic: it’s also hygienic because it reduces the cerumen (wax) in your ears and prevents blockages.

Cerumen, or ear wax, isn’t harmful in itself. Quite the opposite, this naturally secreted substance lubricates the eardrum and ear canal and acts as a shield against dirt and intruders (like bacteria, insects, etc.). Generally speaking, wax gets eliminated on its own by moving towards the outer ear. The problem only occurs when too much wax accumulates, which can affect hearing, cause discomfort and promote infections. 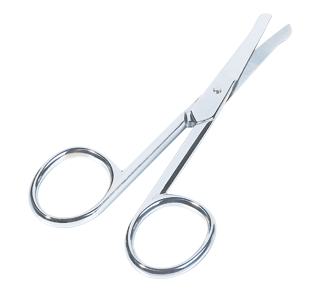 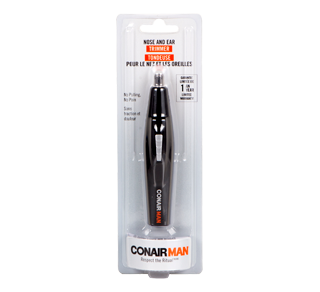 Battery operated nose and ear hair trimmer is fast, safe and easy to use.

For cleaner-looking arches, start by removing any hair between the eyebrows to avoid a “unibrow.” Then, use facial scissors to trim any hairs that are too long or unruly. It only takes a few minutes but can make a big difference to your look.

You don’t need an extensive hair-removal project to shape your arches! Just remove a few hairs to clean up the lines — but go easy on it, especially at the top of the brow bone. You don’t want to thin the brows too much! 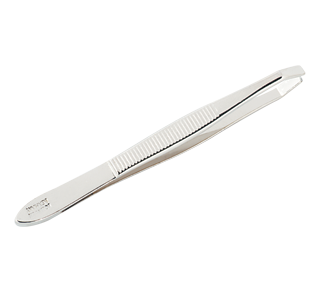